2016 Presidential Nominee of the Constitution Party

Darrell Castle was born in 1948, in Kingsport, Tennessee, graduating from Ketron High School in 1966.  He attended East Tennessee State University (ETSU), earning a Bachelor of Science degree in both Political Science and History in 1970, and a Juris Doctorate from Memphis State University in 1979.   He currently resides in Germantown, Tennessee. 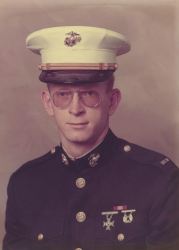 Darrell came of age during the Vietnam (Viet Nam) War.  During his ETSU years, he enrolled in the Reserve Officers Training Corps (ROTC) for two years and attended the Marine Corps Platoon Leaders class in Quantico, Virginia.   Following graduation he was commissioned as a 2nd Lieutenant in the United States Marine Corps.  Darrell trained under then 1st Lieutenant, Oliver North.  After graduation from Basic School, Darrell’s unit received a unit citation for being deployed in five different theaters of operation at the same time.  He was promoted to 1st Lieutenant and received orders to the Far East for 13 months.  His service in Viet Nam followed a family military tradition; his oldest brother serving in the Army during World War II, another brother having served as a Marine in the Korean War.

War is a life-changing event and Darrell’s experiences during those years contributed to his strong belief that war should not be entered into capriciously; and, that the decision to go to war must be made according to constitutional provisions. He firmly believes in upholding Article I Section 8 of the U.S. Constitution, which makes it clear that only Congress can declare war, and that those powers are not granted to the president.  He left the Marine Corps a very different person than when he went in. 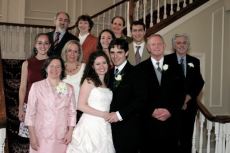 Life does have a way of steering one into new directions, and Darrell moved on to earn his Juris Doctor in 1979 from Memphis State University (now known as the University of Memphis) and became an attorney.  It was here that he had a second life-changing event – he met and married the former Joan Weil.  Happily wedded for nearly 38 years, they have one daughter.

In 1984, Darrell opened a private firm, which later grew into Darrell Castle and Associates, based in Memphis, Tennessee. Since then, he has opened firms in Milwaukee, Wisconsin; Detroit, Michigan; Kansas City, Missouri; and St. Louis, Missouri.  With over 25 years of legal experience, he has earned much respect.  His current focus is on consumer bankruptcy and personal injury, but Darrell Castle and Associates also represents clients in the areas of social security/disability and workers’ compensation.  (www.darrellcastle.com)

Darrell has a strong Christian religious ethic.   He has served as a deacon and deacon chairman in his local church.  In 1998, Darrell and Joan stretched out their hand to serve others, and founded Mia’s Children Foundation (www.miaschildren.org), a Christian mission in Bucharest, Romania which ministers to homeless gypsy children.