With your help, we set a record for the most votes of any
Constitution Party Presidential campaign to date.

Now, join Darrell Castle and Scott Bradley in their continuing effort to build a coalition of Americans committed to restoring the principles of liberty.

Join the Constitutional Cause

Charting America’s Course as a Free and Independent Nation

“It is the nature of the State to seek dominance over the population.   Freedom will not ultimately remain intact if we leave it unattended.  America needs forward thinking lenders — leaders who do not apologize to the politically-correct demands of the thought police.   Self-hatred and appeasement only foster more disrespect.  We must find a way to chart our own course in the world as free and independent people.”

Adherence To The Constitution

Withdrawal From The United Nations

My name is Matthew Avena, and I represented Darrell Castle in my school’s mock election. The election lasted two weeks, and throughout that time I had to conduct meetings, hold rallies, and participate in a debate. I was lucky to have a great team of students and... END_OF_DOCUMENT_TOKEN_TO_BE_REPLACED

Fergus Hodgson of Gold Newsletter originally published 12 September 2016   Beyond the fanfare and drama of the Democratic and GOP campaigns for the presidency are the third or minor parties. Because these candidates are driven by conviction rather than a likely chance... END_OF_DOCUMENT_TOKEN_TO_BE_REPLACED

INTERVIEW WITH DARRELL CASTLE by Peter B. Gemma

Darrell Castle, a U.S. Marine Vietnam veteran, earned a Juris Doctorate from Memphis State University in 1979. Castle opened his own law firm in Memphis in 1984, and has concentrated his practice in the areas of bankruptcy and personal injury.  A former Chairman of... END_OF_DOCUMENT_TOKEN_TO_BE_REPLACED

Chris Arnzen, host of Iron Sharpens Iron radio show, recently did a two hour interview and call-in episode with Constitution Party presidential candidate Darrell Castle.   It is well worth the listen as they cover many topics and answers questions from listeners.  ... END_OF_DOCUMENT_TOKEN_TO_BE_REPLACED
Older Entries 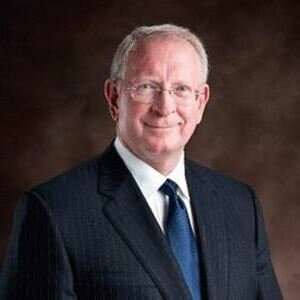 Darrell L. Castle, native of the Volunteer State of Tennessee, is a true statesman – volunteering to serve with the United States Marine Corps in Viet Nam, as the founder of a humanitarian organization serving orphans in Romania, and as a leader in his community. He has taken an active leadership role in the Constitution Party since its founding in 1992, at both state and national levels. With degrees in Political Science, History, and Law, as well as his own personal study, Darrell is well-versed in the founding principles of the American Constitutional Republic, and takes the long view of history, current events, and the future of our nation. He was the party’s vice-presidential nominee in 2008. – Read Darrell’s full bio

Vice-Presidential nominee Dr. Scott N. Bradley, native of the Beehive State of Utah, has spent his life learning and teaching the principles of the Founders of the American nation. Having served his nation in the U.S. Army National Guard, he went on to earn degrees in Public Administration and Constitutional Law. He has experience working in both the public and private sectors, as well as serving in the Constitution Party of his state as well as at the national level for many years, including two runs for U.S. Senate. Scott is also the founder of the Constitution Commemoration Foundation.- Read Scott’s full bio 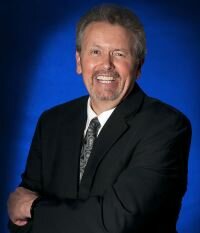 Darrell Castle brings principled perspective to matters of domestic policy, foreign affairs and current events every week on his Castle Report podcast, available in iTunes, Stitcher or the Android app of your choice.

To Preserve The Nation

In his book, To Preserve The Nation, Scott Bradley calls for a return to the timeless wisdom that established the United States. The foundational principles must be learned, understood, and embraced. Available as book, video lecture series or MP3 download (visit his website here).